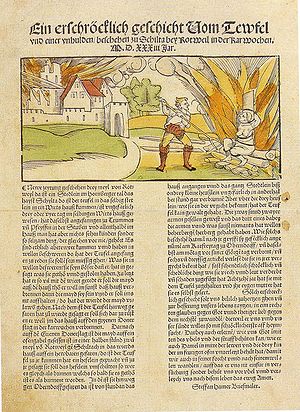 This intensive introductory seminar revolves around the various ways the idea of witches, people who identified themselves or were identified as witches, and their practices interacted with European society at large and helped shape society, religion, law and culture from about 700 CE until 1700 CE

It will be important in this class to leave aside any preconceptions you have about how Europeans viewed magical practices, or what you think is or isn’t witchcraft, --or what a witch is, for that matter.  Europe a thousand years ago was a very different place from ‘now’. Christianity was not even the predominate religion in Europe for a good part of the time this course covers and, even when it was, its relationship to witchcraft was not always adversarial. Church and state were not separate, but religious and political leaders often fought over the right to make decisions about what was magic and what to do about it. The seventeenth century, which most Western Civilization textbooks refer to as the age of the ‘Scientific Revolution” is the same century when the largest number of witches were arrested, tried and execute.  By the 1700s, however, the trials of witches became very rare and finally they disappeared.

Image: 1533 account of the execution of a witch charged with burning the German town of Schiltach in 1531